Wintrust Financial (NASDAQ:WTFC) had its price objective decreased by Raymond James from $78.00 to $73.00 in a research report sent to investors on Thursday, January 23rd, BenzingaRatingsTable reports. Raymond James currently has an outperform rating on the bank’s stock.

Wintrust Financial (NASDAQ:WTFC) last announced its earnings results on Tuesday, January 21st. The bank reported $1.44 EPS for the quarter, missing the Thomson Reuters’ consensus estimate of $1.58 by ($0.14). Wintrust Financial had a return on equity of 10.50% and a net margin of 19.85%. The business had revenue of $374.10 million for the quarter, compared to the consensus estimate of $375.76 million. During the same period in the prior year, the business posted $1.35 earnings per share. The firm’s revenue for the quarter was up 13.6% compared to the same quarter last year. Equities analysts anticipate that Wintrust Financial will post 5.91 earnings per share for the current fiscal year.

Recommended Story: How prevalent are 12b-1 fees? 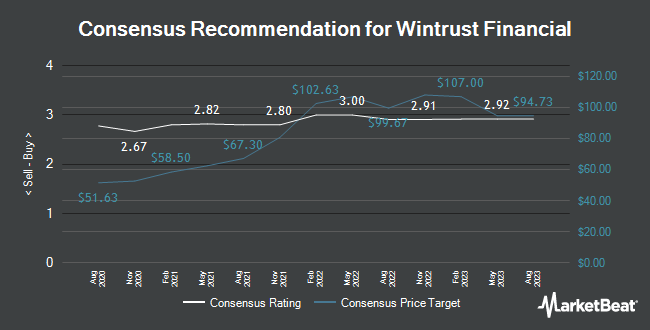