Yen: Is the euro stealing its safe-haven status? – Special Report

The yen’s status as a safe-haven has come into question lately, amid concerns that the virus could hammer Japan’s exporters and tilt the already fragile economy into recession. The yen has also lost some of its defensive appeal because the euro is emerging as a funding currency, giving it haven-like characteristics as well. This is likely to suppress volatility in euro/yen, and going forward, any yen gains arising from virus concerns may be more visible against commodity currencies.

Is the yen losing its haven mojo?

After months of trading in narrow ranges, the Japanese yen suddenly collapsed last week, but quickly bounced back to recover almost all its losses. The initial plunge was surprising because it happened as fears about the impact of the virus intensified, which in theory should benefit a safe-haven currency like the yen. The yen usually gains in times of global stress because Japan is the world’s largest creditor nation, meaning that Japanese investors repatriate mountains of cash when the economic outlook darkens.

So why did the yen plummet? A simple answer is that while the yen acts as a haven when there’s turmoil elsewhere in the world, the same doesn’t happen when investors are concerned about the domestic situation in Japan. This was the case this time.

The Japanese economy contracted sharply in Q4 due to the sales tax increase last year, and hopes for a quick rebound in Q1 evaporated after virus concerns emerged. Japan relies on Chinese demand to absorb a good chunk of its exports, so any slowdown in China would probably hit Japan hard too. The bottom line is that nobody expects a recovery in Japanese growth anymore, and the economy will probably struggle to avoid a technical recession. 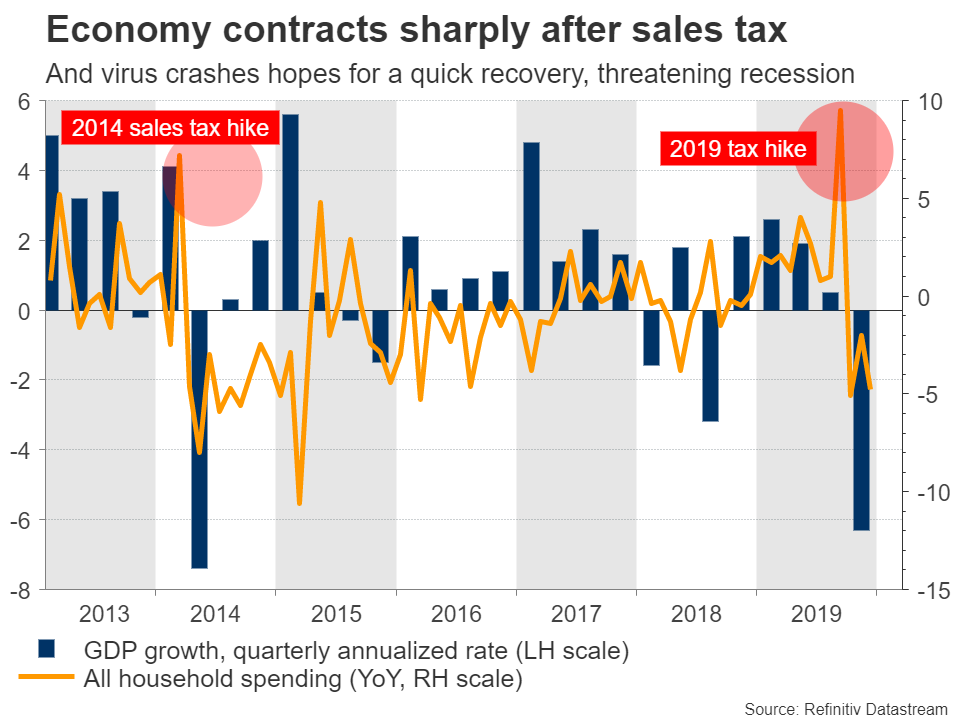 The real worry for Japan is that there’s little the local authorities can do to counter such a shock. Monetary policy is exhausted after years of unprecedented money printing and fiscal room is rather limited with a debt-to-GDP ratio of nearly 240%, so any powerful stimulus to kickstart growth is off the cards. As such, Japanese investors didn’t repatriate funds this time, and instead cut their exposure to Japanese assets.

And yet, just a few days later, things went back to ‘normal’. The yen surged as risk appetite soured, amid mounting signs that the virus was quickly spreading in Korea and Europe, shattering the narrative that the damage would be contained to China and its closest trading partners.

As such, it seems the yen hasn’t stopped acting like a safe haven entirely, but rather that amid the virus outbreak specifically, investors prefer to hedge their bets mainly by focusing on US assets. The American economy is much less exposed to China via exports than Japan is, so any Chinese slowdown might be felt less in the US.

Beyond Japanese recession fears, another reason the yen’s status as a haven asset is waning is that the euro is increasingly challenging it as the market’s favorite funding currency. With European interest rates now lower than those in Japan, investors are choosing the euro over the yen as a low-interest currency to borrow money in and buy foreign assets offering higher returns, like US stocks. 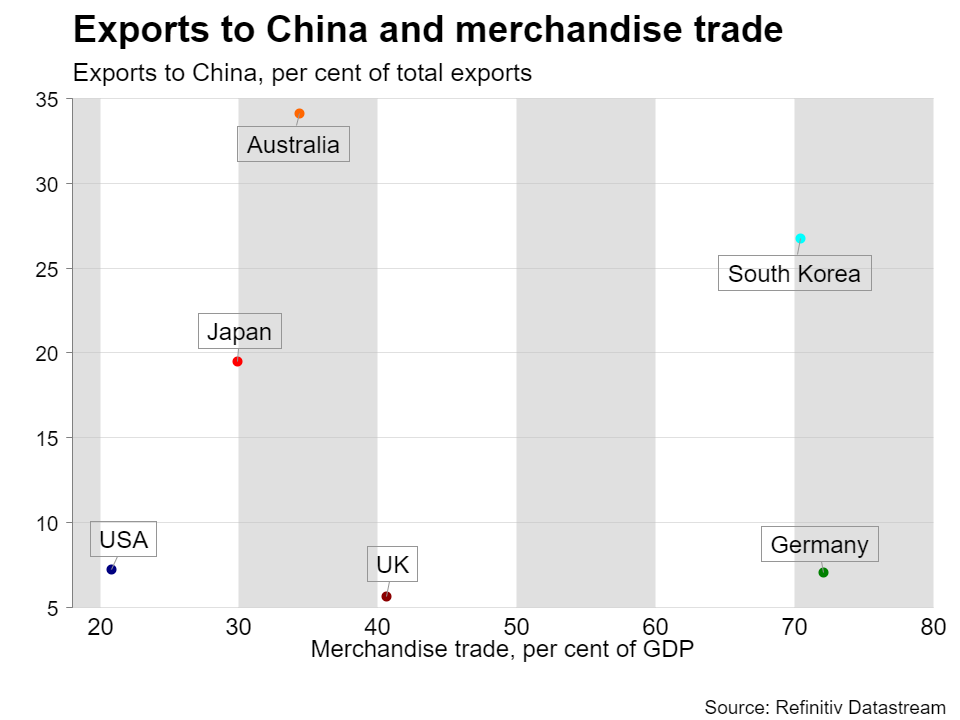 This means that when an episode of market panic hits, the euro gains as several investors unwind their riskier carry trades and return money back to the Eurozone. However, the yen doesn’t gain as much as it used to, because traders now have fewer JPY-based carry trades to unwind and therefore return less money back to Japan.

Euro/yen volatility to die out?

In other words, the euro is gradually turning into a defensive currency too, which ultimately ‘steals’ some demand away from the yen as a safe haven. Furthermore, the euro becoming a haven asset implies that volatility in the euro/yen cross may be suppressed on instances of market turmoil, much like movements in Swiss franc/yen.

That being said, euro/yen still falls on risk-off days and still rises on risk-on sessions, which shows that the market continues to see the yen as the ‘safer’ bet. The only change is the size of these moves – they might become smaller and smaller.

Bearing all this in mind, any future yen gains might be much clearer against commodity-linked currencies, such as the Australian and New Zealand dollars. These are export-heavy economies that rely on China to consume their raw materials, so if virus fears intensify in the coming weeks, they might be hit the hardest.

And the news flow is unlikely to get better anytime soon, so that’s a strong possibility. The disease is spreading to other countries quickly, and it might be just a matter of time until several multinational corporations start lowering their earnings guidance amid supply disruptions and demand concerns. Meanwhile, February data out of China – that will capture the scale of the virus damage – are about to start rolling in.

In the big picture, it’s unlikely that the yen has lost its safe haven status. It will probably remain the FX market’s main defensive currency, although, perhaps to a lesser extent than it was previously.